8 Defensive Driving Tips Every Driver Should Know and Follow

8 Defensive Driving Tips Every Driver Should Know and Follow 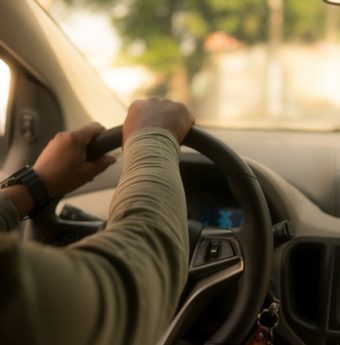 It doesn’t matter how much one may consider themselves a driving expert; there’s always a chance of faltering.

Even the best of drivers commit mistakes sometimes. After all, as humans, mistakes are an inherent part of our nature. However, when a person behind the wheels does one, it can cost them their life.

Car accidents are amongst the leading causes of death.

In the US alone, more than 37,000 people end up losing their lives because of car accidents. This is a staggering number and should alarm all drivers. While we know it’s impossible to control others’ actions in driving, one can control their own.

There are the usual rules of driving which a person must adhere to at all times to ensure a safe driving experience. In addition to this, following some other defensive tips will further enhance your safety measures. In this regard, we have brought you the eight best defensive driving tips to make sure your relationship with driving remains strong as ever!

A driver should always stay alert and focus on the primary task only.

Many times people let distractions get the better of them and end up losing control of the car. Things like phone calls, children shouting at the backseat, or a discussion with the person sitting shotgun can divert attention.

As per research, distractions can delay reactions in a driver by 20 percent. Even searching for a gadget or plugging the auxiliary cable while driving can be dangerous. So the signs they put up to remind you to not be on call while driving is a big deal. Steer clear of any possible distractions and keep you on the road.

2- Say No to Speeding

As the famous saying “Speed Kills” goes, the chances of getting into a car crash shoot to 50 percent while driving at high speed. So even if you are getting extremely late for work or a party, do not ever resort to speeding to reach on time.

According to researchers, even a driver who drives within the speed limit has a 4 to 5 percent chance of encountering an accident. As established earlier, driving is not a child’s play and requires skills, control, and precision. When driving at high speed, the driver has difficulty in maintaining control of the vehicle. And losing control of a car is the prerequisite to accidents.

3- Do Not Forget the Seat Belt

Seat belts are immensely underrated. If people give seat belts the importance they deserve by donning them, the fatalities could be reduced by half. This defensive driving technique is an essential one. So all the teens and careless drivers who are opposed to wearing the seatbelt, if you do not want your skull crushed after being hit by a car or be thrown out of it, then better wear it.

Another significant one of the defensive Driving rules is to keep the condition and performance of the vehicle in check. A car that isn’t properly maintained can lead to accidents and fatal crashes. The pressure of the tires, in particular, can play a vital role in this. The uneven pressure and sometimes high or low pressure can impact a car’s performance.

The brakes are also an integral component of a vehicle. If the brake system in a car fails at a crucial time, then the result will be unfortunate. As a driver, if you notice the brake is too soft or there’s a slight change in the pedal, then we recommend you get it checked.

Even if you are a driver who abides by all the rules and leaves no room for mistake, other careless drivers are on the road. So even if, on your part, you do everything necessary to eliminate the chances of accidents, the car next to you may not follow suit.

In such cases, a driver will have to manage the situation very carefully. Not only will they have to protect themselves but lookout for the other car too. It is not every man for himself in driving since other people’s mistakes could also cost you your life.

6- Do Not Drive Under the Influence

For the longest time, this one has remained the most emphasized upon driving tip. Yet to this date, this very crucial rule is violated, resulting in crashes, accidents, and deaths.

It doesn’t matter if you think you have a high enough resistance against alcohol, and a few drinks will not mess with your head.

This risk is not worth taking! So If you had a few sips, one glass, or emptied the entire bottle, do not drive. This reckless act has resulted in several deaths and imprisonment. And in no way can the joy of alcohol outweigh the humiliation of ending up behind bars. So keep a designated driver with you, and do not drive while drunk.

7- Be Prepared For the Ever-changing Weather Conditions

During the rainy season, the roads will become slippery and wet. In such circumstances, it is recommended to drive safely from other vehicles and maintain a low speed.

While in winters, If the snow gets accumulated in your area, it is recommended to switch to winter snow tires.

In both the cases of snow and rain, don’t forget to turn off the cruise controls.

Driving is such a task that demands the driver to be prudent. It means that the driver should look far ahead on the road and anticipate any movement that could happen. This includes looking out for any reckless drivers, ditches, intersections etc. 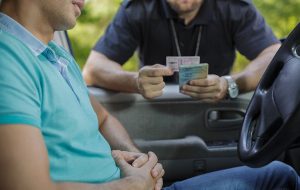