The Safety & Violation Guide for the United States 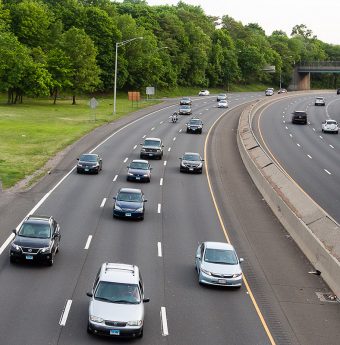 Getting behind the wheel is a privilege requiring great responsibility. After all, you’re cruising down the road in a giant hunk of metal — something that could cause serious harm if you’re not paying attention!

Each state has different sets of laws dictating its safety and violations. Yet, there are similarities across the United States.

On the page, you’ll find an explanation of the safety violations, traffic tickets, DUI/DWI laws, and other important legal information worth knowing when driving a vehicle.

It may come as a shock when you receive a ticket or are rightfully justified because of improper driving. All the details of your traffic fine will show on the ticket – giving you a better understanding of how and why you got it.

The apparent solution is practicing safe and defensive driving. Yet, we all make mistakes, and sometimes we have a momentary lapse in reason.

You may choose to plead guilty to the ticket, incurring a fine and points on your record. Or, fight the ticket and go to trial on your own or with the help of a traffic attorney. This choice is up to you, and it’s better done after you understand why you received the penalties.

State point systems vary, but often they are 1 to 8 points per offense. The number increases with the severity of the offense. Accumulating too many points leads to harsher fines and penalties, including a suspended or revoked license (see below).

Speeding fines are often determined by how fast you’re going over the limit.

You may also incur ticketing for:

Each of these is associated with either infractions, misdemeanors, or felony violations. They have variable repercussions depending on whether you’re a first-time or repeat offender. Expect to pay big if you do several of these violations in one go!

Consider hiring a traffic attorney to fight on your behalf if you feel the ticket issued was not justified. Else, own up to your infraction, pay your fine, and do your best to avoid more points on your driving record.

There are many reasons for suspension – including:

It’s best to talk with legal counsel to understand your rights.

The length to which your license is suspended depends on the severity of your actions. Plus, the times caught when driving with a suspended license.

It’s recommended you surrender your license, if it’s been suspended, to your local DMV. Failure to turn over your consent may extend the suspension period.

The DMV will often alert you by mail detailing:

Check your driving records for verification.

The period your driver’s license is suspended depends on the severity of your actions. The suspension could range from a month to years.

Driver’s with a license suspension notice may appeal to the DMV given their offense did not include an alcohol-related crime. Criminal penalties will likely still apply. Consult your legal representative to understand the appeal process better.

Reinstating a suspended license may include doing the following:

You will also need to pay any additional fines and fees associated with the suspension. Some individuals may need to get SR22 insurance depending on their alcohol-related or repeated offenses.

Getting behind the wheel when impaired by alcohol or drugs is a serious offense. Those convicted of driving under the influence (DUI) can face penalties such as license suspension/revocation, hefty fines, and even jail time. The DUI penalties increase if you’ve been deemed a habitual offender.

A DUI conviction often stays on your driving record for ten years or longer. Plus, you gain social stigma if others discover your actions.

The punishments are the same no matter how the officer(s) and judge(s) conclude you’ve driven under the influence. Or were at fault for being under the influence in or potentially using a vehicle. Most states have a no-tolerance approach to these incidents.

Officers can pull you over under suspicion of a DUI for several reasons:

The officer will check for signs like bloodshot eyes, alcohol odors, and physical behavior. If the officer’s suspicions are valid, you will take one of several field sobriety tests.

Most of the time, refusing alcohol or drug tests will result in a suspended or revoked license. This includes refusing a breathalyzer with penalties increasing on repeat DUI offenses. Refusal to take these tests may also result in immediate jail time.

Many states set the DUI limits, for adults, at 0.08% blood alcohol level.

Medications may cause impairment, too, and may not be exempt from sobriety tests and convictions. Be aware of your medications before getting behind the wheel. Else, you will face the same penalties!

States have variable fines and penalties with DUI — including:

You may apply for an administrative hearing in many states if you feel your punishment is unjust or if you want to fight it. You may also refer to a DUI attorney about your options.

Getting your driving privileges back often comes down to waiting out the probationary period and paying your required fines and fees. Ultimately, be smart about what happens when you drink — don’t get behind the wheel!